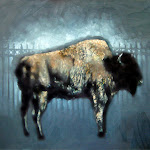 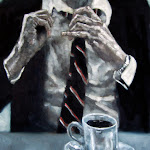 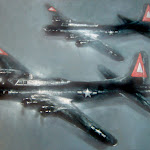 It is the recommendation of this jury that Jared Peters of Saint John be awarded the 2012 Sheila Hugh Mackay Scholarship. As noted by his referees, Suzanne Hill and Michael Landry, Peters has had significant recognition as an accomplished painter being named a national finalist in the RBC Painting Competition. Both the technical quality of his work and the thoughtful academic background he brings to it have earned him credibility as an artist. He brings a scholarly concentration to the study of art and exhibits a mature focus in his art practice. This jury applauds Mr. Peters’ conception of graduate school as “a dynamic conversation that will help develop, hone, interrogate and push forward his art practice.” The members of the jury wish him success in his studies at the University of Western Ontario. 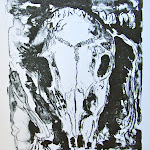 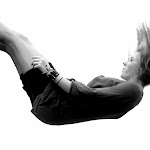 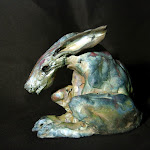 Alison Willms has been selected to receive the Fred Ross Scholarhship. Thoughtful in her writing and experimental in her art work, Ms Willms exhibits a strong love of the arts. Her diverse portfolio illustrates a creative mind and a willingness to investigate a broad range of artistic media.