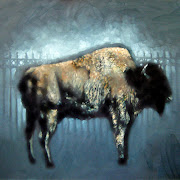 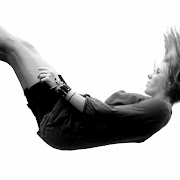 Gemey Kelly, Director and Curator of the Owens Art Gallery since 1989, has extensive experience in the visual arts of Atlantic Canada. She is a graduate of Nova Scotia College of Craft and Design and has formerly served as curator of Dalhousie Art Gallery. She is an adjunct professor of Fine Arts and an active participant in the cultural life of Sackville. In 2011, Kelly was honored by the Atlantic Provinces Art Gallery Association for regional and national leadership. She has served as an Atlantic Juror for the Sobeys Award in 2008 and in 2012 for the Sheila Hugh Mackay Foundation Scholarship .

Artist, printmaker and part-time lecturer at Mount Allison University, Dan Steeves brings a wide experience to the scholarship jury process. He was elected to the Royal Academy of Arts in 2011 and is the recipient of many prestigious awards including Canada Council, New Brunswick Arts Branch Exhibition awards and the 2007 Strathbutler Award. He has participated in over 100 exhibitions in Canada and internationally. His publications include The Bone Fields, Tantramar Gothic, and The Light that Lives in Darkness. His work is in the collections of Canada Council and New Brunswick Art Banks as well as public and private collections. He has an upcoming exhibition at the Confederation Centre Art Gallery in Charlottetown.

Leah Garnett is an artist and educator who currently teaches drawing,sculpture, open media and contemporary art issues at Mount Allison University. . She received her BA Honors from Brown University, her BFA in Fine Arts from the Nova Scotia College of Art and Design, and her MFA from the University of Guelph Leah Garnett has exhibited in Canada, the US, and Germany, and attended residencies at the MacDowell Colony, the Banff Centre for the Arts, and Struts Gallery. She maintains an active art practice with an upcoming exhibition at Struts Gallery in Sackville.