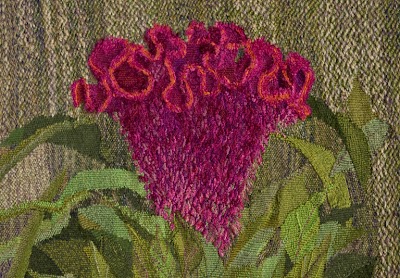 Elizabeth Finch is the Lunder Curator of American Art at the Colby College Museum of Art in Waterville, Maine. She holds a PhD in art history from the Graduate Center, City University of New York, and is an alumna of the Whitney Museum’s Independent Study Program and the Center for Curatorial Leadership. Beth’s areas of expertise include American art after 1945, contemporary art, and the medium of drawing. She has worked in the curatorial department at the Whitney Museum, at The Drawing Center, where she was assistant curator and then curator between 1994 and 2001, and as an independent curator. At the Colby Museum, she has organized exhibitions of works by Hiraki Sawa, Joe Brainard, Andy Warhol, Sharon Lockhart, Winslow Homer, and Will Barnet, among others. She also oversees Currents, an exhibition program for emerging artists with connections to Maine. Beth’s upcoming projects will feature the work of Luis Camnitzer and Tamy Ben-Tor, and she is also part of the curatorial team in charge of The Lunder Collection: A Gift of Art to Colby College, an exhibition that will open in the summer of 2013.

Gloria Hickey is an independent curator and writer living in St. John’s, Newfoundland and Labrador with more than 250 published craft related articles. She holds a Masters degree in Philosophy of Art from the University of Toronto (1981) and has curated major exhibitions –including a retrospective of Michael Massie’s silverwork– for several institutions including the Canadian Clay and Glass Museum, The Kitchener Waterloo Art Gallery, the Koffler Gallery and The Rooms Provincial Art Gallery of Newfoundland and Labrador. She has also published a chapter in the book The Culture of Craft (Manchester University Press 1997) and has edited two books published by the Canadian Museum of Civilization – Common Ground: Contemporary Craft, Architecture and the Decorative Arts (1999) and Making and Metaphor: A Discussion of Meaning in Contemporary Craft (1994). She is a two-time winner of the Betty Park Award for Critical Writing, hosted by the Surface Design Journal of CA, and received the 2010 award for Cultural Leadership in the Atlantic Region.

Robin Metcalfe is a writer, critic and curator who works with a wide range of media and cultural practices, including visual arts, architecture, craft and design. His fiction, poetry and essays have been published in 15 anthologies and more than sixty magazines, in five languages and on four continents. He has lectured widely, served on many award juries and edited several periodicals, serving as Editor-at-Large and Halifax correspondent for C Magazine from 1994 to 2001. From 2001 to 2004, he was Curator of Contemporary Art at Museum London, in Ontario, and he has been Director/Curator of Saint Mary’s University Art Gallery in Halifax since February, 2004. His international curatorial projects have included organising HX: Halifax Exhibition of International Contemporary Art for the Contemporary Art Projects Society in 2000, and projects at the 2008 Sydney Biennale and in Belgrade, Serbia, in 2010. Metcalfe was honoured as an Industry Leader/Supporter at the 14th Annual Atlantic Canada Craft Awards for Excellence in 2011. He is President of the Atlantic Provinces Art Gallery Association (APAGA).