With pleasure, The Sheila Hugh Mackay Foundation announces that Susan Vida Judah has been selected as the 2013 recipient of the Strathbutler Award. 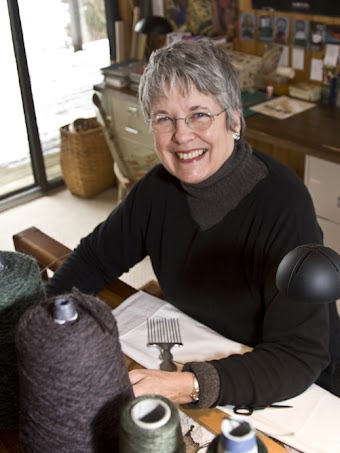 The Strathbutler recognizes excellence in any field of visual arts or fine craft by an artist who has made a substantial contribution to the province of New Brunswick. It is given biennially on the recommendation of an independent panel of visual art professionals. Established in 1991, the award has grown in value and prestige and is now valued at $25,000. Ms. Judah joins a celebrated list of Strathbutler artists whose work has enriched the cultural fabric of New Brunswick.

Robin Metcalfe, Director of Saint Mary’s University Art Gallery and current President of the Atlantic Provinces Art Galleries Association, Dr. Elizabeth Finch, the Lunder Curator of American Art at the Colby College Museum of Art and Ms. Gloria Hickey, an independent writer and curator specializing in contemporary craft, had high praise for Ms. Judah and characterized her work as “exquisite visual poetry.” Nominators Peter Laroque and Beth Powning lauded the significant contribution Ms. Judah has made to the vitality of visual arts in New Brunwick. Ms. Judah will be presented with the Strathbutler Award by His Honor, Lieutenant Governor of New Brunswick, Graydon Nicholas at a gala reception on June 21st during the SHMF sponsored event The Jack Weldon Humphrey Forum to be held at the New Brunswick Museum.