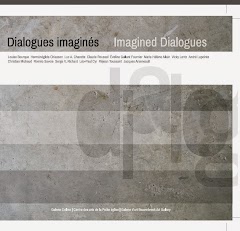 SHMF is pleased to announce two 2014 Special Project grants in support of the creation of public art.

Working with matching funding initiatives offered in the communities of Fredericton and Tracadie-Sheila, the Sheila Hugh Mackay Foundation is proud to become a major sponsor of two projects that aim to enrich the cultural life of all citizens through public art. Both communities will receive $10,000 grants to foster the creation of art work by New Brunswick artists.

Under the leadership of Angela Watson, Cultural Development officer for the City of Fredericton, a New Brunswick artist will be selected for the creation of a sculpture for the Fredericton Botanical Garden. Occupying some 22 hectares of land in the centre of the city, the Fredericton Botanical Garden is a showcase and interpretation centre for plants and flowers which is widely used for recreational and ceremonial and cultural activities. Ms. Watson, who has been active with the development of public art in Fredericton, anticipates completion of the project in 2015.

The Commision consultative de la culture of Tracadie-Sheila will partner with Sheila Hugh Mackay Foundation to develop public art in the heart of the municipality. The cultural affairs officer of Grand Tracadie-Sheila Anngy Mallais, will oversee this project. Ms. Mallais who has developed and implemented a strategic plan for the cultural vitality of the eighteen local service districts of the region of Tracadie-Sheila hopes a signature sculpture will be installed on the waterfront in the fall of 2014.