… to make contributions to critical discourse through funding of publications …

Critical writing and documentation about the visual arts is important. Sheila Hugh Mackay Foundation strives to make contributions to critical discourse through funding of publications dedicated to illuminating the arts.

The exhibition catalogue for a creation project featuring the work and intergenerational dialogue of 14 Acadian artists. This document was created by Galerie Colline of Edmunston in conjunction with the 2014 summer World Acadian Congress in Edmunston and the autumn group exhibition at the Beaverbrook Art Gallery in Fredericton. In 2016 Imagined Dialogues was nominated for the prestigious Eloizes. 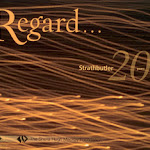 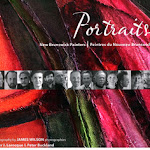 Offering critique and review of contemporary art in Atlantic Canada 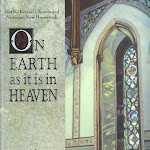 1995 On Earth as It Is In Heaven: Gothic Revival Churches of Victorian New Brunswick

An examination of a dramatic shift in the architectural landscape of New Brunswick by cultural historian Gregg Finley and artist Lynn Wiggington.The Gothic Revival which transformed the appearance of churches in North America had its beginnings in New Brunswick under the leadership of Bishop John Medley. This beautifully illustrated volume captures both the structures and the architectural details of more that one hundred New Brunswick churches 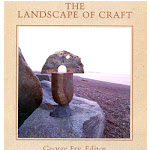 1990 The Landscape of Craft

In 1989, Sheila Mackay enthusiastically supported a publishing project which epitomized her belief that fine craft is indeed an important discipline of the art world. In granting 20,000 to the publication of The Landscape of Craft, Mackay continued her support and promotion of the New Brunswick Craft Council.

At once a celebration of New Brunsick and its craftspeople this volume is a testament to skill, intuition, inspiration, training and devotion inherent in the individual creations of scores of weavers, potters, woodturners,quilters, sculptors, metalsmiths and carvers who make their lives in New Brunswick. Edited by George Fry, with an introduction by Nancy Bauer, this beautifully illustrated book was an important document in the province. Fry grouped works into eight categories: Form, Line, Pattern, Shape, Texture, Color, Rhythm and Content in a recognition of the mastery of art principles encompassed by fine craft.

The Sheila Hugh Mackay Foundation applauds the sponsorship of Canada Council, and the NB Department of Tourism, Recreation and Heritage in becoming partners in this project.