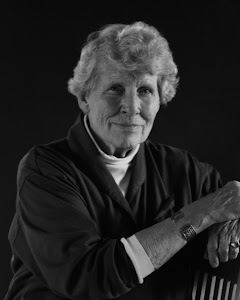 The Sheila Hugh Mackay Foundation provides independent juries to review all nominations and applications for its various awards programs.

The Board of Directors wishes to express gratitude to the following arts professionals who assisted in the 2014 selection process for the Nel Oudemans Award.

Brigitte Clavette is an artist and educator whose exceptional career was honored by the Excellence Award for Craft from the Province of NB in 2002 and the Strathbutler Award in 2006. Currently she is Head of the Jewellery and Metal Arts Studio at the New Brunswick College of Craft and Design in Fredericton but also brings teaching experience at the Nova Scotia College of Art and Design, the Nunavut Arctic College, the Haliburton School of Arts and the Community College of New Brunswick in Dieppe. She is a member of Royal Canadian Academy of Arts who brings wide experience to this jury process.

Maegen Black serves as the Director of the Canadian Crafts Federation. As manager of national craft initiatives across Canada and through her work with provincial and territorial craft councils, Maegen brings a depth of experience to the jury process. Maegen has been published in a variety of craft based magazines and catalogues over the past 10 years, and continues to curate, critique, write and lecture on contemporary Canadian craft. She is a graduate of the Ontario College of Craft and Design.

Jane Geurts is an educator, artist and designer. She has recently retired, having served thirty two years as Design Studio head and more recently as the Continuing Education coordinator at the New Brunswick College of Craft and Design. She has acted as adviser and juror for many design competitions and has given workshops and lectures on art, design and creativity for Colleges and Universities throughout North America, India, France and Italy. She is currently on the Board for the Charlotte Street Arts Centre and has an active studio practice. Jane holds a Master’s degree and a Bachelor’s degree in Education from the University of New Brunswick, a Bachelor of Arts from the University of Toronto and a Diploma in Design from Sheridan Institute.